Swiss Foundation as a DAO Legal Wrapper: What You Need to Know 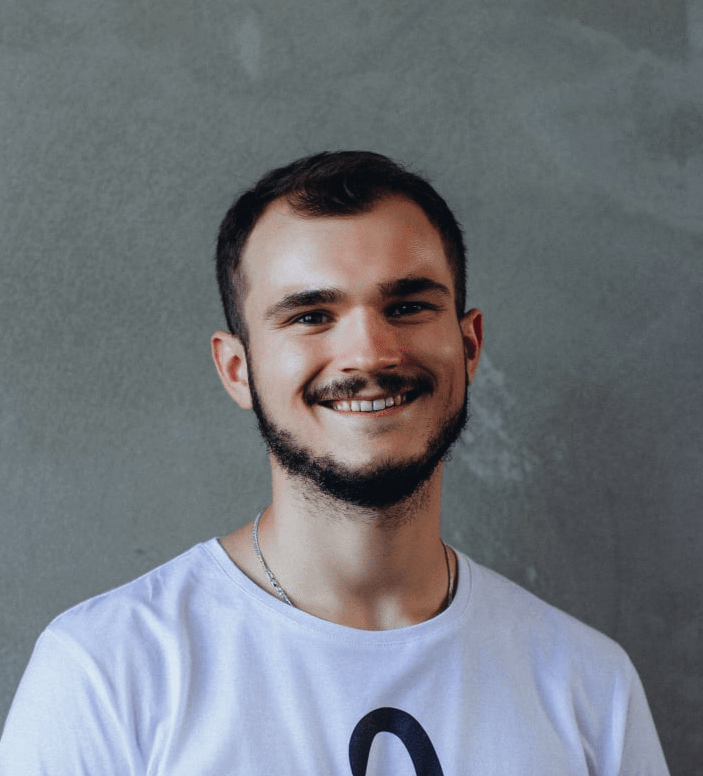 You might already be familiar with a Cayman Foundation or Wyoming LLC as options for DAO Legal Wrappers. Switzerland also offers the possibility of becoming the “home” for your DAO, with a Swiss Foundation. This option will suit those who prefer a jurisdiction with a strong reputation for effective regulation as well as possibly the world’s best banking and corporate services and a fairly flexible legal framework (in comparison to other jurisdictions with a civil legal system). The downside? Choosing this route could definitely burn a hole in some pockets. A Swiss Foundation is one of the most expensive options for incorporation and maintenance of your DAO’s legal wrapper.

Let’s deep dive into this jurisdiction and discover who may benefit from a DAO Swiss Foundation the most.

Switzerland has no special regulations for DAO but instead has a very good practice of application of existing provisions from general regulation to DAOs. In other words, existing legal frameworks, especially the Swiss Code of Obligations and the Swiss Civil Code offer a nice environment to set up a DAO, despite neither of those regulations being written or designed specifically for DAOs. Switzerland as a jurisdiction for a DAO legal wrapper offers the following benefits:

However, there are a few aspects of establishing a Swiss foundation that may throw in some complications and deter the set up of a DAO Legal Wrapper in Switzerland:

Read more: How to choose a crypto-friendy country for DAO legal structuring.

How does a Swiss Foundation work?

Under the applicable legislation, a foundation is established by the endowment of assets for a particular purpose, therefore, you should clearly define the purpose of your foundation prior to its registration. In the future, your foundation and any activities undertaken with respect to the pre-defined purpose, will be supervised by the relevant regulatory authorities. For example, if the purpose of your foundation is development and enhancement of the project (e.g. protocol), you must not mix this activity with other activities, such as investment in the projects, development of the other project, or some other charity-related activity.

The foundation is entered in the commercial register based on its charter. The foundation’s charter must regulate the governing bodies and the manner in which the foundation is to be administered. Consequently, here there is a good degree of flexibility that will help to prescribe the DAO governance model.

As a general rule, an external auditor must be appointed by the foundation. The scope of the audit (either full, or limited) depends on the size of the foundation’s assets. Size criteria include:

In instances where at least two of the above described size criteria are satisfied by the foundation in two consecutive years, the foundation’s assets shall be deemed as large and subjected to a full audit.

If the foundation is not found to be large on the basis of the size criteria, they will be subject to limited audit requirements. It should be stressed that the foundation may be exempted by the regulator from audit obligations if its balance sheet total in the past two years was less than $208,000 (200,000 Swiss francs).

Generally speaking, the matter of the audit is quite painful for founders of young projects, because the price in Switzerland of the audit could vary from ten to dozens of thousands of dollars depending on the project’s unique characteristics, which, in turn, is quite a big amount for a developing project.

The supervisory authority in Switzerland has quite broad powers over foundation regulation, including the power to:

How does decentralized governance work in a Swiss Foundation?

From a practical point of view, the applicable legislation empowers the prescription of rules with respect to governing bodies of the foundation and the manner in which it is to be administered in charter. Therefore, legislation permits the existence of a standard structure of a DAO whereby members may vote in compliance with the rules, prescribed by the smart contract and constitutional documents of the foundation (charter). After voting, the highest governing body of the foundation, most commonly the foundation board, can implement the relevant decision. Among other things, the charter may prescribe rights and voting powers of the members, relations between the members and governing bodies, voting rules (smart contract, staking of governance tokens, majority for approval of decisions), etc.

Getting started with your DAO Legal Wrapper

If you need a Legal Wrapper for your DAO and are planning, among other things, to establish your legal wrapper in one of the most reputable jurisdictions available, to attract investments and have full access to fiat currencies transactions, for example, you may want to consider Switzerland as an option.

Book a Legal Discovery Session with the Head of Web3 Legal at Legal Nodes to learn more about this option and compare other options for DAO Legal Wrappers. During the 1-hour session, you will be given:

Disclaimer: the information in this article is provided for informational purposes only. You should not construe any such information as legal, tax, investment, trading, financial, or other advice.

Taras is a Web3-focused Virtual Legal Officer at Legal Nodes. Since 2018, he has had various projects under his belt, ranging from M&A transactions and ICO management to handling matters concerning Ukrainian laws on virtual assets. Taras loves writing helpful guides on Web3 legal topics and draws his inspiration from doing sports and reading books (his passion is the history of the 20th century).

The Ultimate Legal Structuring Guide for Web3 founders of DApps (DeFi, GameFi, SocialFi and others)

Web3 Project Legal Roadmaps Part 2: 5 Stages of Legal Work That Every Web3 Founder Should Know About 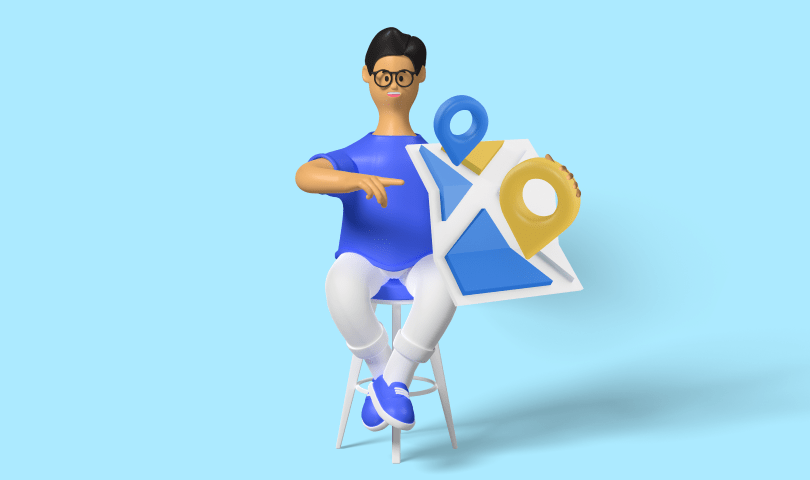 Web3 Project Legal Roadmaps Part 2: 5 Stages of Legal Work That Every Web3 Founder Should Know About 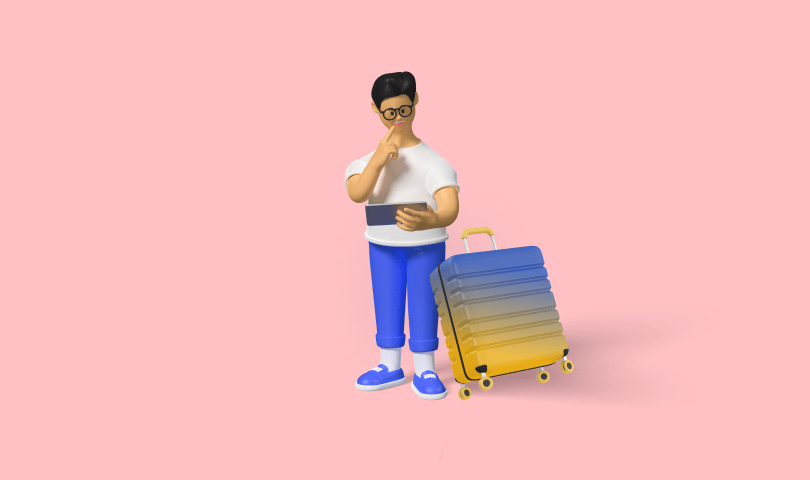 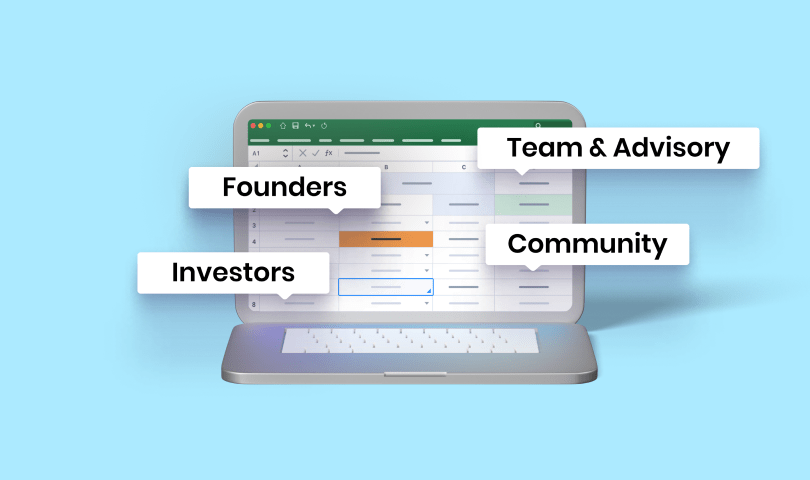 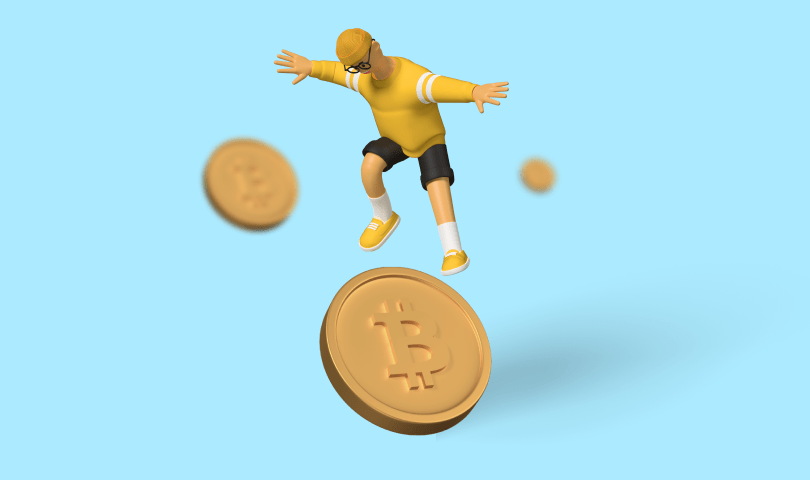 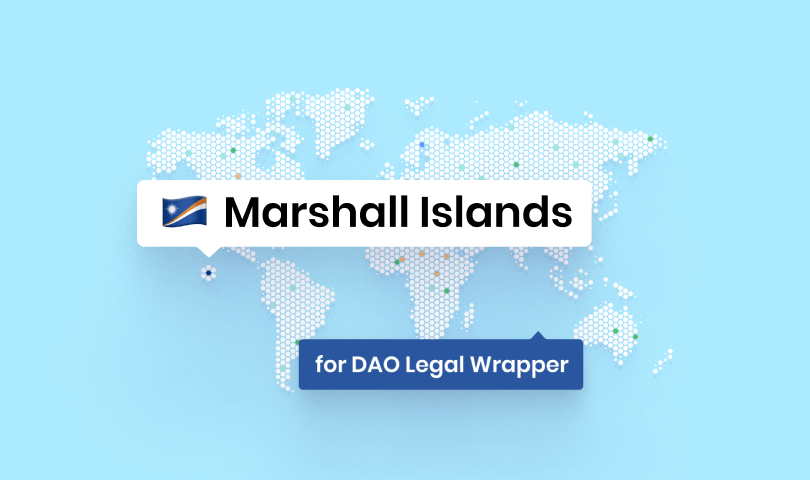 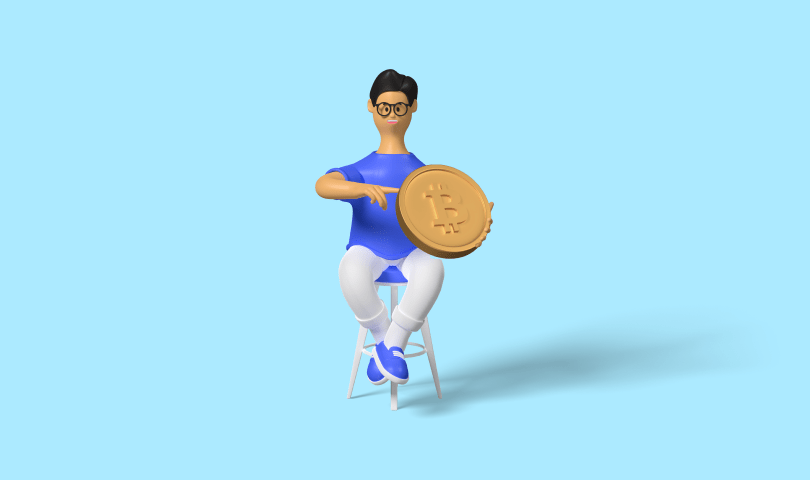 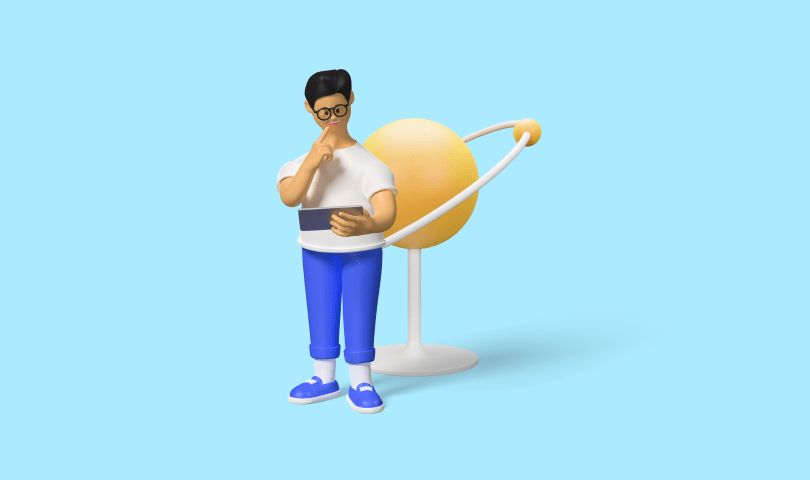 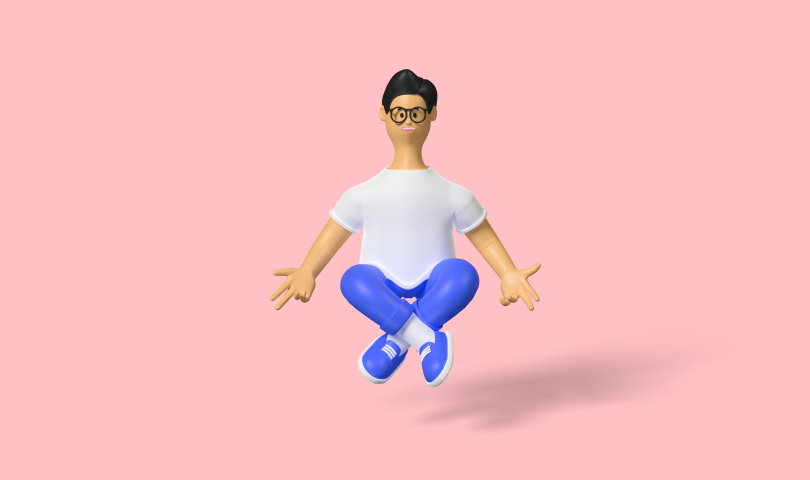 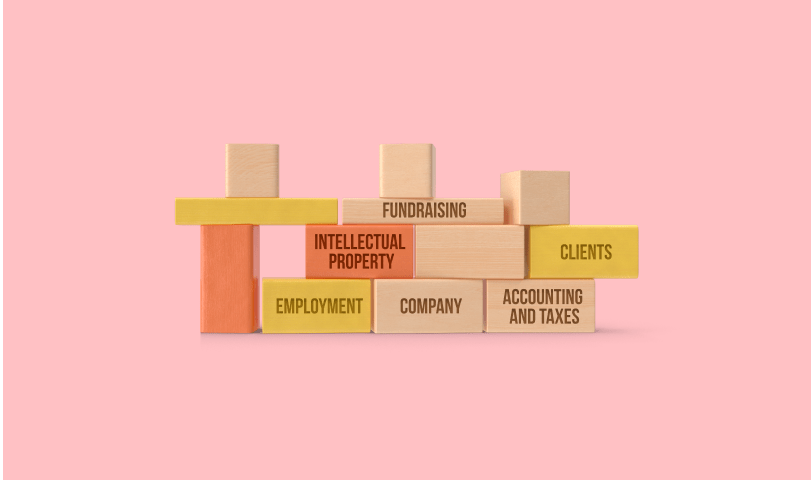 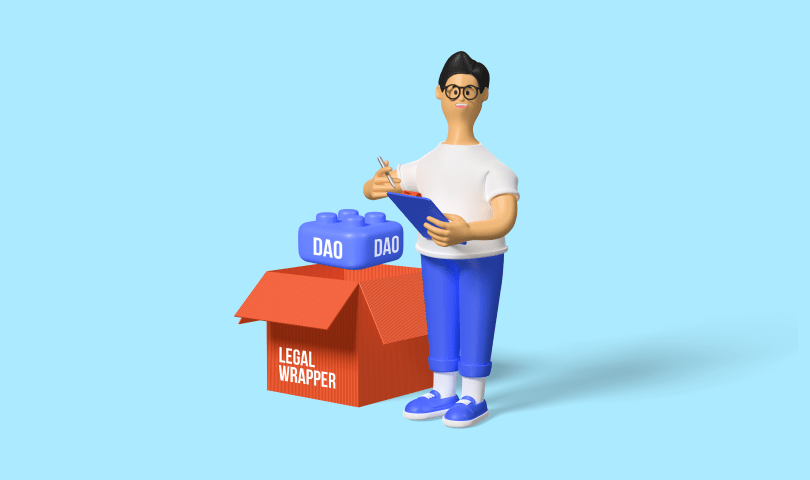 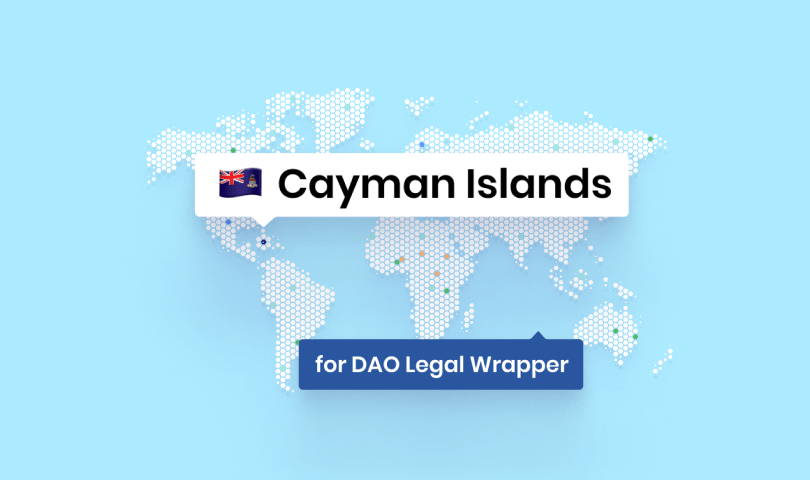